Tension between urban and rural interests in development and beyond 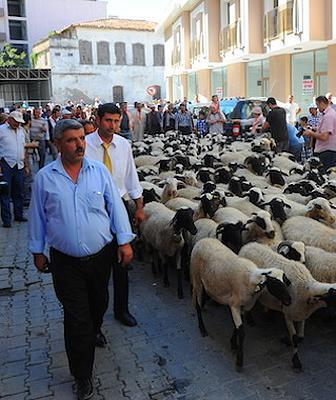 Local governments: first line of defence against the most critical issues of humankind

It is said that cities were first founded to meet people’s need for security and commerce. People built cities to be close to each other to socialise, sell the fruits of their labours, and gain access to a greater variety of products. Today the importance, size and value of cities have increased, making them the most important habitats of humankind. Cities became hubs of not only security and commerce but also of innovation, science, art and culture. Cities also became the main theatre where some of the most serious issues we face; pollution, traffic, crime, waste, homelessness etc., play out.

Local governments, whether urban or rural, are the level of governance closest to the people. Therefore they are expected to offer solutions for hunger, improve transportation, ensure people’s participation in the decision-making processes, disseminate health services, empower democracy and provide security. In addition to on-going responsibilities such as these, local governments also need to be ready to face disasters like floods, fire, earthquakes, tornados and such. To sum up, local governments are the first line of defence against the most critical issues of humanity, and they need to be supported.

Local governments in Turkey are deeply bonded with their people. Municipalities are not institutions that only pick up garbage or collect taxes, they are far more than that. People expect municipalities to remedy all their problems. People who don’t have enough money, want a college education or someone to fix their broken windows seek remedies from their municipalities.

At the same time, in Turkey, local governance is still heavily influenced by the central level. Turkey is located in a troubled global region. Probably, embracing more centralised administration was seen as a solution to the problems this generates.

A decision by the Turkish central government has recently abolished 16,000 villages located at the outskirts of cities which were obstructing urban growth. These are now labelled “neighbourhoods”. This decision was made without consulting the people that live in the villages, their administrations or local governments, which is in conflict with the European Charter of Local Self Government. Yet, this abolition has had a tremendous effect on people living in both villages and cities.

The abolition of the villages has brought them under control of urban municipalities, which are looking for more space to expand their cities. The cities are therefore encroaching on village lands, endangering the livelihood of the villagers, who are mostly active in agriculture, as well as the villages’ cultures and their protective approach to the environment. It has also severely harmed the villagers’ ability to influence a farther-removed local government that no longer has their interests at heart. This decision has caused villagers to lose their inherited lands, buildings, and production facilities, the control of which was transferred to the district governments that sacrificed them to urban expansion.

I truly hope that in Turkey local governments will have the necessary power and resources in future to provide better service for their citizens, in line with their needs.

People living in both villages and cities will face the consequences of this decision: local production in villages used to provide city-dwellers with good and natural food. If they cease to exist, cities will have to rely on industrial food producers. Moreover, the loss of livelihood associated with this change will force villagers to move into the cities, where they will most likely end up in slums, because they have no vocational training outside of agriculture to find a job.

These arguments are not only relevant to my case, but particularly relevant to the poorest countries in the world, where urbanisation is often accelerating most quickly and the means to accommodate it – both technical and financial – are often less easily accessible to governments of all levels. It is important, moreover, for developing countries to acknowledge that although urban expansion creates enormous economic opportunities, it can also be the cause of great economic hardship and even increased poverty.

Consultation and inclusion of all voices in setting national priorities

To tackle problems such as the tension between urban and rural interests, which are not unique to Turkey, but are rather ubiquitous in the world today, we must request adequate resources to serve our people and we need access to knowledge from other local governments, both in Turkey and from abroad. Joining Local Government Associations will help local governments to increase their service capacity and allow them to benefit from others’ experience with similar problems. Local Government Associations are good platforms for local governments to have their voices heard, both at the national and international levels, such as UCLG, but also to exchange and learn from each other.

Most governments in the world have embraced decentralisation and are giving more power to local governments. I truly hope that in Turkey too, local governments will have the necessary power and resources in future to provide better service for their citizens, in line with their needs.

This text has been taken from the Effective Development Cooperation Blog.