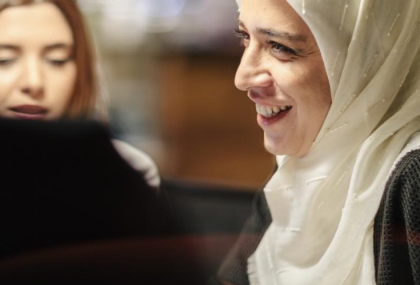 A new generation of women leaders is emerging in Tunisia. Following the adoption in 2016 of an amendment to the Tunisian electoral law that included a provision supporting gender parity among municipal councils, 47% of representatives elected in the 2018 local elections were women. However, discrimination against women is ongoing and often undermines their involvement in local politics.

The Federation of Canadian Municipalities (FCM) has launched the Inclusive Municipal Leadership Program, a 40-month (2018 to 2022) initiative to support female local elected officials and citizens in Tunisia. This 7M$ initiative is funded by Global Affairs Canada.  The goal of the project is to ensure that women as citizens and elected officials have more influence over the management of local affairs in eight Tunisian municipalities. With technical support from Canadian municipal specialists, these municipalities reinforce their ability to integrate the gender aspect into their day-to-day management practices. They develop a better ability to provide women and the most vulnerable groups with inclusive and gender-specific services in partnership with civil society. This project also provides support to various national institutions to create an environment that promotes the political involvement of women in the management of local affairs.