Cooperation between local and national governments on international agendas in the Netherlands: multi-level and inclusive governance 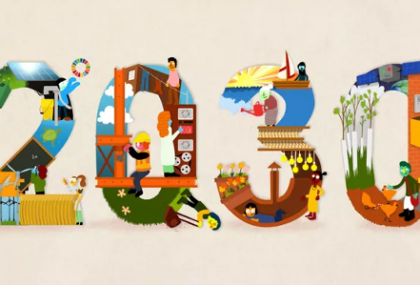 Which good examples exist on the cooperation with national government on preparing input for international agendas? This month we showcase the example from the Netherlands.

The Netherlands is one of the few countries that has included local governments, through the association of municipalities, VNG, in arriving at a national position for Habitat III. Being a country where collaboration between the central and municipal level has historically been strong, Dutch officials see this as a critical tool in promoting sustainable and resilient cities.

Dutch municipalities are regularly involved in consultations by the central government when agendas, priorities or legislation concern local governments; this is laid down in the Code on Intergovernmental Relations. In a recent interview in Citiscope on the cooperation between the central and the local level, Maurice van Beers, representative of the Dutch Ministry of Foreign Affairs stated: “Encouraging the active involvement of the cities as important actors in the debate is one of our priorities, and it is something that Europe can show can work well to the rest of the world. That is linked also to the issue of multilevel governance, which means leaving the decision-making process in the places where it is best addressed and facilitating cooperation among different levels of government.

VNG participates in regular meetings of a Habitat III Taskforce, in which the ministries of foreign affairs, interior affairs and infrastructure and environment participate, to prepare for the Habitat III positions. In addition, there is a multi-stakeholder platform in which (multinational) companies, knowledge institutions, cities and ministries participate to jointly design implementation projects.

Sustainable Development Goals (SDGs): discussion on implementation in the Netherlands

The Netherlands have recently started an inventory on existing national policies for each of the SDGs (or Global Goals). In neighbouring countries we see that national governments are looking into adapting their sustainability strategies in line with the SDGs, while The Netherlands is first identifying what is already happening and what targets are already met. Recently, VNG entered into dialogue with the national coordinator of the implementation of the Global Goals, to discuss how policies at the local level can be included in this inventory and how discussions on next steps can be taken further. VNG colleagues mainly highlighted the need to :

A meeting will take place towards the end of the summer with the focal points of each of the ministries to see how to “localize” this inventory.

VNG International, responsible for the Global Goals Municipality Campaign in the Netherlands, will take the lead in the process and will ensure that VNG experts from all domains will be consulted and included in the debates.

It is very important to invest time in the relationship with the ministries regarding your involvement in international agendas; this can be very time consuming. In the case of the Netherlands, various conversations needed to take place at a higher level before a more concrete partnership was established. The main agendas where the cooperation between national and local level have taken off succesfully are the agendas where there is a clear role of local governments, such as the Habitat III, the SDG and the development effectiveness agenda. For more information, please contact the CIB secretariat: uclg.cib@vng.nl.