Time for a bottom-up approach to EU Enlargement (BSCDN-NALAS) 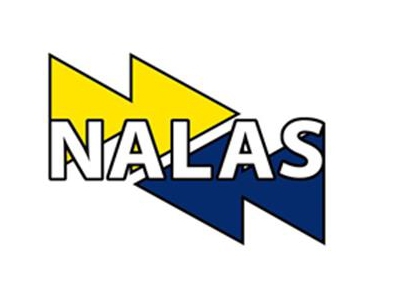 In light of the most recent developments around the EU enlargement process, the Balkan Civil Society Network - BSCDN and the Network of Associations of Local Authorities of South-East Europe (NALAS), will organize a workshop to reflect on a bottom-up approach to EU Enlargement. Both networks, as strategic stakeholders promoting inclusive and sustainable development at local and regional level, are committed throughout their activities to the EU accession process.

The aim of the workshop titled “Time for a bottom-up approach to EU Enlargement: rethinking the EU support to local authorities and civil society in the Western Balkans” is to gather at one place relevant representatives of EU Institutions, representatives of Local Authorities and Local Authority Associations and Civil Society Organizations from the Western Balkan Countries to discuss ways for improving the EU integration process and the new Instruments for Financial support for the benefit of the current and the future EU citizens. This workshop will take place on 5 March in Brussels, Belgium.

The workshop is organized along two panels:

Panel I : Learning from the past, preparing for the future: bringing the EU and its future citizens closer together

Panel II: Making the most out of the new IPA III: how to further strengthen and empower key non-state actors in the western Balkans.

The position paper makes a strong point for urging improvements in the EU enlargement process by applying a bottom-up approach that ensures ownership and closes the existing gap between a far distant EU and its future citizen. In line with NALAS’ credo that Decentralization as a pillar of the democratic reform process is crucial for social cohesion, stability and peace in the Western Balkan countries and for the future of Europe, the EU has to go local if it is serious of wanting to be close to its future citizens.

NALAS emphasizes that a functional bottom-up approach is built on effective coordination and cooperation between local and central government level. Having a dedicated budget envelope for local authorities aimed to enable them to unveil fully their role as development actors is crucial. In this context, the new IPA III needs to have a designated “Horizontal” Facility to support local authorities.

In June 2020, NALAS will conduct a Regional Peer-to-Peer Learning and Knowledge Sharing Conference “Best Practices in Financing Local Governments’ Responsibilities in the Social Sector: The South-East Europe Experience”, with the participation of national and local policy makers and practitioners from all South-East Europe, including EU and non-EU member countries to discuss in a structured manner on lessons learned and best practices in reforming the regulation and financing of local government responsibilities in education, social protection and health care.

For more information, have a look at NALAS’ first edition of the Statistical Brief: Local Government Finance Indicators in South-East Europe – 2019.