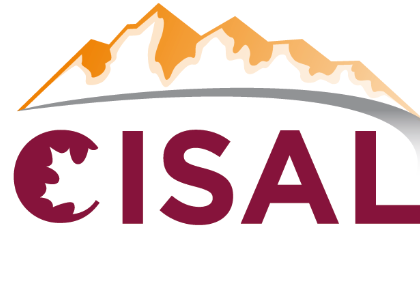 Beginning in 2014, CISAL worked closely with 17 municipalities in Colombia and Peru to adopt strategies that strengthen governance, promote local economic development (LED) and increase gender equity. Over the course of five years, participating municipal staff and elected officials built relationships with their Canadian counterparts, through technical assistance, knowledge exchange, and fieldwork. These relationships resulted in more efficient, transparent, inclusive and sustainable local governance. Over the time the CISAL project implemented several actions and interventions. An overview of these can be found here.

In this article we would like to highlight three of the case studies:

Case study I Creating a community of women leaders

In Colombia, women represent half of the population and yet make up only 12% of all mayors. Colombian women face many barriers that hold them back from entering into politics, such as limited education and political experience, gender norms that place household responsibilities on women, lack of support and financial resources, lack of information and resources, and lack of confidence.

The Network of Women Mayors for Democracy and Peace was created to combat these barriers and to promote the leadership and participation of women mayors. This case study shows how women can support each other to overcome these challenges and lead the development of their communities with confidence. The pdf of the full case study can be downlink via the following link.

The municipality of Red Lake, Ontario was one of many Canadian municipalities that participated in the CISAL program, working with four local governments in Antioquia, Colombia. One of their most significant contributions involved sharing best practices on long-term local economic development (LED) planning and community engagement. After working with Red Lake, the Antioquia municipalities have strengthened their capacity to plan, deliver, and monitor results, as well as lead development planning in coordination with the mining company and communities.

The first step was introducing LED planning to the community, and create a sense of urgency and get buy-in from the municipalities. "When we first started working with CISAL, no one had heard of local economic development. Today it is a recognized concept and we are able to make it a reality, thanks to CISAL’s approach to development," said Dayana Giraldo, Development Manager of Santa Fe de Antioquia.

With CISAL's support, the Colombian municipalities have also led the design and implementation of four local economic development plans, a process that has promoted community participation and engagement. The LED plans prioritize strategic value chains and gather community demands and needs. “Citizens of rural and urban areas are now empowered to contribute to the development efforts of their town. Through the LED Committee, we have engaged communities and multiple stakeholders on the LED Plan. The LED process is everyone's priority now,” explains Margarita Lopera, Mayor of Canasgordas.

The full case study and a Youtube video can be found via the following link.

One of those Canadian municipalities was For St-John, British Colombia. Fort St-John was actively involved with the CISAL project, participating in many study tours to provide technical assistance and exchange knowledge with women in Peru. The focus of their work has been supporting women leaders and women elected officials, as well as addressing violence against women.  Dianne Hunter is City Manager for Fort St-John, British Columbia. We asked Dianne about Fort St-John’s motivation to join the project, and the impact it has had at home.

What was the motivation behind engaging with the CISAL project?

"Initially, our main incentive was to work with communities impacted by large extractive projects. There are not many opportunities to learn from others, share best practices, and understand how long term planning and cooperative approaches can lead to amazing benefits for communities. So we were very excited to share our experiences around a large hydro-electric project with other communities that were also affected by large projects. One sector that is most influenced by changes in a community is the vulnerable population or those that are marginalized. It is important to understand the challenges of that sector in your community and design programs to support them. The communities in Chumbivilcas and the City of Fort St. John shared many of the same concerns around youth, people with disabilities, women and seniors so it was a natural fit that we work together on those important issues."

What did you learn from working with communities in Peru?

"The opportunities we have had through the CISAL program allowed us to re-focus much of our attention on the social aspect of the communities, and reinforced that even hard infrastructure such as water and sewer lines fundamentally provide a social benefit at a very basic level. We have started to rephrase many of the questions we ask ourselves when looking at priorities, to take on more of a social focus and value. We have increased our public engagement opportunities to ensure that our projects and initiatives respond to community needs. In other words, the lens that we look at our world through has changed. This leads to better decisions and a better understanding of our community. We have also increased our desire to work with our First Nations communities, to ensure their culture and history is part of the community. We are working to understand our neighbours better, both across the street, as well as abroad."