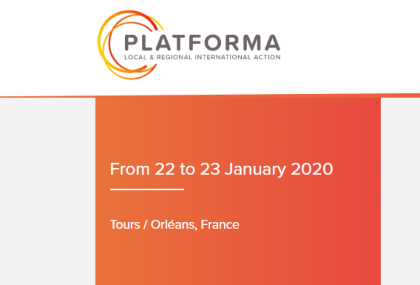 This event is part of the convention signed between the AFCCRE, the Association of Polish Cities (ZMP) and the Association of Ukrainian Cities (AUC), whose primary objective is to “multiply meetings and the exchange of good practices between French, Ukrainian and Polish local and regional governments” and “to foster the intensification of relations between local and regional governments of the three countries”.

To feed this dynamic, the AFCCRE wanted to continue the Franco-Ukrainian exchanges at the territorial level, as well as the dialogue with the local and regional governments of the Eastern Partnership of the European Union. After St-Brieuc in 2018 and Kiev in 2019, this seminar will be an opportunity to discuss the future of the Eastern Partnership and the need to promote local self-government and democracy as priorities of the future program.

A first day in Tours will be devoted to these exchanges, and will be followed by a morning visit to the garbage treatment plant in Orleans.

This meeting is organised with the support of the French Ministry of Europe and Foreign Affairs, as well as with the support of the European Commission in the framework of the strategic partnership concluded with the PLATFORMA network hosted by CEMR. In this respect, representatives of Eastern neighbourhood associations, partners of PLATFORMA, are also invited: CALM (Moldova), NALAG (Georgia) and NALAS (South-Eastern Europe).