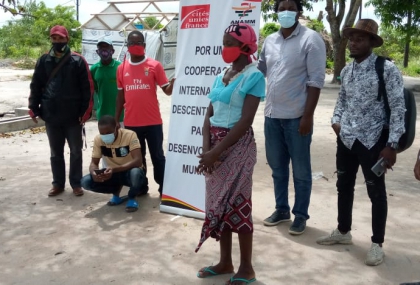 Over the past years, the French federation of local and regional governments (Cités Unies France) have worked on two solidarity initiatives in Indonesia as well as Mozambique to assist the local authorities in recovering after a natural disaster took place. This year, both programmes will be finalised and some informative visual material has been made to disseminate te lessons learned.

Indonesia
In 2018, a 7.4 magnitude earthquakes of the coast of Sulawesi, Indonesia caused a tsunami, affecting more than a million people. Given the enormous impact of the disaster, Cités Unies France, the UCLG ASPAC (Asia-Pacific) section and the Working Group on Territorial Prevention and Management of Crises decided to launch a joint donation campaign. Fourty French regional governments responded positively an a solidarity initiative was implemented, from local authorities to their Indonesian counterparts. Please click here to hear more about the ongoing project.

Mozambique
In 2019, the intense tropical cyclone Idai caused catastrophic damage and a humanitarian crisis in, among others, Mozambique. The town of Dondo was severely damaged. At the request of the National Association of Municipalities of Mozambique (ANAMM) and UCLG’s world secretariat, Cités Unies launched a solidarity fund to finance humanitarian Promoted by the UCLG International Fund, twenty French regional governments joint forces and launched a programme to contribute to the reconstruction of Dondo. Please click here for more information about the ongoing project.