2019: An important year for the 2030 Agenda for Sustainable Development 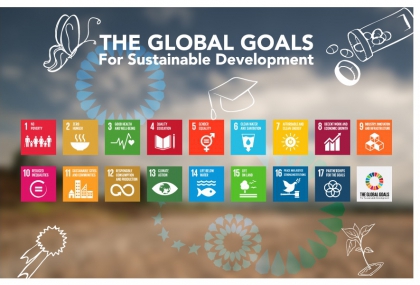 In September 2015, the world leaders adopted a new set of development goals, the Sustainable Development Goals (SDGs), developed as a successor of the Millennium Development Goals which ended in 2015. Since then, the progress on the SDGs has been discussed at the dedicated High Level Political Forum on Sustainable Development in July every year. This year, however, another even more high-level meeting will take place on 24-25 September: the four-yearly SDG summit. Here, Heads of State and Government will take stock of the progress on the SDGs, after 4 years. How can we accelerate?

To see whether the 2030 Agenda is indeed a transformative agenda and whether progress is being made in the world, the High Level Political Forum [HLPF] on Sustainable Development takes place at the UN headquarters yearly. During the HLPF, UN Member States, present what has been done nationally (or locally) to implement the SDGs, in so-called Voluntary National Reviews (VNRs). This year, 47 countries presented their VNRs to the HLPF, with special focus on SDGs 4 (education), 8 (employment and decent work), 10 (reducing inequality), 13 (climate change), 16 (strong institutions) and 17 (partnerships).

Additionally, the cities of Buenos Aires, Los Angeles, Bristol and Helsinki presented Voluntary Local Reviews (VLRs), following the example of New York, which produced a VLR last year. To further increase the attention to the important work that local and regional governments are doing, UCLG organized a Local and Regional Governments Day in New York, to which the President of the UN General Assembly María Fernanda Espinosa Garcés attended; a great acknowledgement. UCLG and its members were also closely associated to the UN-wide Local2030 event, in which local governments presented their work and challenges related to achieving SDGs 4, 8, 10, 13, 16 and 17. The HLPF ended with a bilateral meeting between the group of present Mayors and UN General Secretary António Guterres.

Overall, this HLPF saw large recognition from UN agencies for the role and contributions of local and regional governments. A great starting point for the SDG Summit in New York..

The SDG summit: what’s at stake?

On 24 and 25 September 2019, Heads of State and Government will gather at the UN Headquarters to follow up and comprehensively review progress on the implementation of the SDGs. This SDG summit is the first UN summit on the SDGs since the adoption of the 2030 Agenda in September 2015.

In order to decide on the effectiveness of the SDG Agenda, the monitoring process is important and will therefore also clearly feature on the agenda. Monitoring has turned out to be challenging as the 231 indicators that were agreed upon cannot all be quantified.

For more information about the SDG Summit: https://sustainabledevelopment.un.org/sdgsummit